When the Police made me walk like Naomi Campbell. 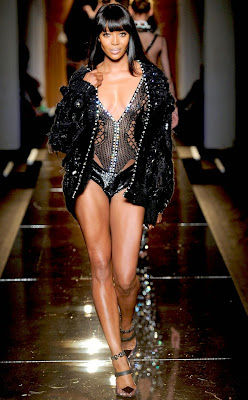 One of the so many lessons in life my Mother taught me was to have respect for others, for people in general. She strongly instilled in me to have respect for adults, elderly people, superiors and for the authority. I grew up nurturing a very solid sense of respect for others, which I still uphold today. Even when it came to refer verbally to those who I should be respectful to, in Spanish, unlike in English, we use 2 terms, “Tu” – which is the informal way (You), and “Usted” which cannot directly be translated into English, but to give you an idea, it could be a formal “You” we must use if we are going to speak to a “Mrs or Mr” xxx

The intention of explaining this is to give a clear picture on how adamant and strict my mother was on such matter. It was a golden rule and God would have to “protect” me if she caught me using the informal way when I was not supposed to, there would have been murder! But, again, those were my formative years and I’m sure she was trying her best to make the most of the way she was rearing me.

I have never minded to have an authority over me. Let’s say I have always tried to be a good citizen, but when that authority is abusing their position of “power” for no reason, my respect will certainly go straight out of the window, and all I can feel is a deep feeling of sorrow for them, since they’re allowing their ignorance take over their intelligence – if they have one.

This is common place in Venezuela within the police forces - and I was twice victimized by it. First time, for being reckless; second time, innocently - and it was then when I became Naomi Campbell.

The area where I lived can be dangerous at times, even though one tries to be careful, we kind of get used to what’s going on in terms of crimes and/or delinquency. Some neighbors made a complaint to the police about 2 men causing a bit of hassle in the area. They described the 2 men as being skinny built and dark-skinned in appearance (yes, profile I fitted perfectly). The police raided the area and arrested every single man that could fit this description, and I was one of those!

We were brought to the Police Detention Center for processing and to establish if we had any criminal records. I was not concerned because I knew I did not have a criminal record, therefore I knew I would be released once this was cleared up. We all had to wait in an enclosed yard, we were called in one by one to provide our personal details. When I started talking one of the policemen started making fun of my voice. He grabbed me by my arm and brought me back out the yard, where all the other ‘suspects’ were waiting and shouted “Look what we have here, a crazy faggot” and everybody laughed loudly.

He made me speak out loud in front of the crowd so everybody could hear my voice. He then told me that I could be a model like Naomi Campbell, because I was skinny and looked like a girl. He was having the time of his life by trying to bully me in such a raw way. He told the crowd “we should have a modelling show”.  He forced me to walk up and down, with my hands on my skinny waist, I was so embarrassed, but he kept forcing me to walk camper and more feminine over and over. It was an extremely humiliating experience for me. He made fun of me for such a long time until he got bored and went back to the office.

I have to say that recalling this episode in my life today gives me a bit of sense of pride, because that moment was and still has been the closest I have ever been on a catwalk, and also being compared to a super model, even though for the wrong reasons.

I was only 18 years old then and I had not gone through my therapy to understand the miserable inner world of bully’s and to understand why someone in a ‘power’ position can use that ‘power’ to try to diminish their ‘vulnerable’ victims. 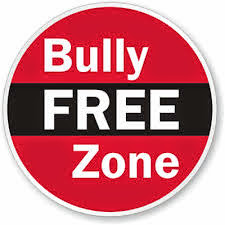 Bullying or an act of bullying is conditioned or triggered by an inner discomfort – in most cases aggression- with oneself and life in general. The main victims of the bullying are the bullies themselves. This pattern of hatred is learned in childhood and – if not helped – will continue in adulthood, causing irreversible psychological damages.
In this case of police bully’s using their position to target victims who have little or no power to defend themselves, and the bully’s behavior is to create distress by trying to humiliate others. Because they’re so riddled by self-hatred they feel an inner need to project that hate onto others. Sometimes, wrongly thinking that it’s the only way they can feel good about themselves. When in fact they feel painfully miserable deep inside themselves.

I would always promote being a good citizen and respect for the authority in any shape or form. I would always promote to try to understand that whoever tries to humiliate you, in any way, is someone who is a victim of their own bad feelings within themselves. I would always encourage anyone who is in a “powerless” position and feel they are being treated poorly to stand up for themselves. Do not allow anything or anyone to try to put you down, always try to reconcile and make peace of hostile situations, but never ever devaluate yourself by allowing people or situations to try to get the better of you as a person or human being. And if it’s necessary, peacefully confront them and/or report them.

My Naomi Campbell episode taught me a huge lesson in life, and that’s why I wanted to share it with all of you. It was humiliating, but I learnt something from it, I learnt that in countries more organised than Venezuela, like Ireland, the Police have a different and better perspective on their positions of power. It may not be perfect, but at least it’s much better than in countries where the abuse of power is so rampant on a daily basis, and as civilians we can easily be victimised by it.
I was amazed by my first Gay Pride in Dublin, where the police were organised and lined-up for us gays to enjoy our parade, I remember having shivers down my back and thinking “Wow I am so glad that I am now living in Ireland” and I felt like being in Gayland ; )

The word according to Marlon!
Marlife.