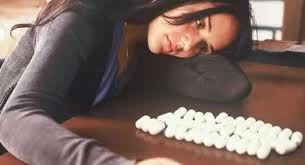 As you might have realized by now, I am pretty sure that some of you, if not all of you, will agree with me if I say that I always knew my future was not in my own country, Venezuela. A dark-skinned, skinny gay man is not the most sought after prototype in South-American countries. My physical attributes never were my main assets as a gay man and on top of all that, all the difficulties and sacrifices I had to face to survive. One day, I sat down and I sincerely told myself, with that honesty which has always been one of my traits “Marlon you must leave this country, your future is not here, so you must try somewhere else”.

I think I was around 26 years old. It was good that I made that conscious, clear decision, but then my financial reality hit me and I was there going “OK, I must emigrate, but how? I literally had no money” and even though a wave of frustration and desperation tried to drown me, I did not allow that to dissipate my aspirations, but deep down in me I knew it was going to be very difficult.

To survive, I was cleaning houses and ironing to have some cash, but there was no way I could save for a plane ticket. Not in a million years, I could have saved those financial resources from cleaning houses and ironing. If that was the case, I would have been still there cleaning and ironing and not writing this blog. I remember that the ticket I needed was over $650, that was  a lot of our Venezuelan currency, which was – and still is – very devalued. The Venezuelan currency worth nothing in compare let’s say to the American dollars and/or euro. Nothing!

For one reason or another, in my desperation, by pure chance I came across this guy who was an “organiser” for human drug mules. In South-America they are usually young people who are working in the drug trafficking industry, they bring drugs into the USA and Europe which are the main markets, they get paid for the airplane ticket and all other small expenses, at the time, they were paid $2000 for the delivery. The offer can be tempting if you’re living in poverty and want or need easy, dirty money, but let me tell you, the procedure is supremely dangerous. Your life is highly compromised, you don’t even know if you’re going to get there, because anything could happen. Having said this, there are some people that practice this as a profession and it is their only way of making a living.

Let me explain why is so dangerous. You have to swallow certain amount of latex, usually condoms, packed with cocaine, but before doing so, you must go through a process of cleaning your insides with laxative so your stomach and bowels would be cleaned or clear and ready to allow the packages to travel through your digestive system. This is done, well-planned and in proportion to how long your flight might be, but things could go very wrong and you could die like a homeless dog. 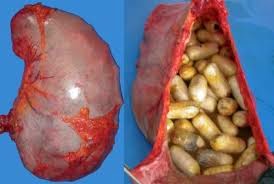 I remember at the time there was a case of a girl from a wealthy family who was working as a “mule” – I know it sounds ironic that someone with no financial constrains was practicing such an activity – she went through the process I have just explained above. A flight from Maracaibo, the city I’m from in Venezuela, to Miami is 3 hours. She was on a flight smuggling the drugs, but unexpectedly there was a hurricane somewhere in the Caribbean and the flight had to be diverted and therefore delayed. The content she had swallowed burst inside her and she died instantly. This case was a huge scandal and it was one of the main reasons the Police Department for drug trafficking had to reinforce their tactics to tackle such horrific problem. 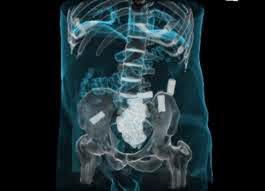 For a person like me, who loves life so much and who is so terrified of dying, this was not a viable option in any way for me. There was no way I would put my life in danger that way. But I’d love to outline something, you know when you hear people saying “there is an angel in heaven looking down on you”, well I genuinely believe – from the bottom of my heart- that in those moments of despair, the spirit of my mum was always with me and I do feel she is in heaven watching over  me.

So I did not put myself through something like that.

I got an airplane ticket to England, next step, London here I come, but my dreams were shattered... 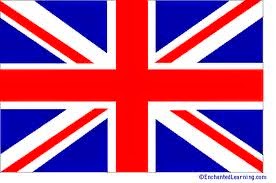 Marlon/Marlife
Posted by Marlife at 13:48