Deportation - Part 2. I didn't get to live in London. 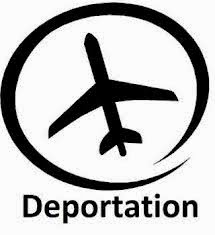 Years back, when I was working in the Hotel, I built up a close friendship with one of the owners. Even though she was one of my bosses, she had great admiration for me. She always said to me that she loved my outlook in life, my aspirations and the way I was always dreaming of pursuing a better life out of Venezuela. We were from completely different backgrounds – obviously. She was from a very affluent family. She was a very well-educated woman, who studied at the Miami University, she spoke 4 languages and has travelled the world. Someone who has never known economical sacrifices. I admired her so much. She admired me too, we just connected.

She was rather money orientated, with a very strong business head. I would not say she was frugal or “tight”, but I can honestly say that she had a solid sense of what money means and represents. In other words, she would not give or lend money so easily to anyone and it will take a lot for altruism to become part of her traits. She even said to me one day, literally “Marlon you’re so happy and you have no money”! And as always, I took her comment as a huge compliment.

When I stopped working at the hotel, we stayed in contact and she knew of my struggles. She knew how difficult life was for me in my own country and in a way – I suppose – she was moved by my plight and kindly offered to afford the airplane ticket for me to go to London to pursue that better life I always strived for. Her kind gesture meant the world to me as I knew this is something she would not do for anybody. Of course, the condition was laid down that I’d have to pay her gesture back once I was financially settled in London.

We made the respective preparations, I was beyond static thinking that a better life was waiting for me across the pond, just a few hours away from where I was so deprived in many ways. An amazing feeling of relief possessed me. I was feeling that the world was mine. I couldn’t care less about my reality in Venezuela because I knew it was going to change in a matter of hours.  I could’ve screamed from excitement if I could. It was literally like a dream was about to become true and it was happening to me, but oh my god, when I faced what I did it was like the whole entire world collapsed, just for me.

I arrived in Heathrow airport with a wide, big smile. Speaking in English and feeling more British than the actual Queen…’Elton John’. Screaming inside of me “oh my god, I’m dying to be in front of Buckingham Palace, going to Harrod's, being in front of Tower Bridge”. I was dying to see all those London landmarks that I have seen in so many movies, postcards and TV programs.  I could not believe I was going to be living in Princess Diana's City, London. What a fantastic feeling! 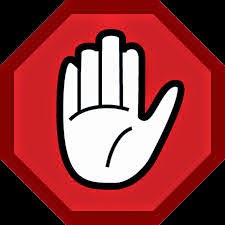 When I approached customs/immigration counter they asked me the usual questions. I clearly stated I was coming for holidays. They asked me to show my financial status and in my head a red horn went off. All I had was $250, they asked how could I afford my holidays with that small amount of money? I crumbled. I tried to give reasons that they didn’t believe, of course. They asked me if I had any friends over in London, I didn’t, but I said yes! They asked me for their details and another loud red horn went off my head. The more I tried to unsuccessfully explain myself, the ruder the immigration officer became. He ran out of patience and I was ‘detained’. I was put aside in a room with all the other ‘suspects’. People from Nigeria, a guy from Lebanon, a Mexican guy, a girl from I don’t know where, all I know now is that she was blond, and then me. That room was a vivid representation of a Benetton ad, multinational. It came to my mind the question, what are we ‘suspects’ of?  So I asked the officer.

The answered was you’re a ‘suspect’ of entering the country and staying illegally – which I was. I asked, ‘is that a crime’ and he said ‘it is not, but you are not allowed in unless you can prove you are just on holidays and you will not be staying in the country permanently’. Yet again another red horn went off my head. Then I asked ‘why do you think I am going to stay’ and they confronted me with the evident facts of why they knew I was going to stay.

2 years prior that incident, I applied for an American visa which was denied to me and my passport was stamped at the very back with such indication, a big red cross from the American embassy. DENIED. Also they searched my suitcase and I had made the naively huge mistake of having a copy of my CV in it. A hundreds and thousands of red horns went off my head. Basically I was fuuuuuuuuuuuuuuuuuuuuuuuuuucked.
My body was fully scanned, they were clearly making sure I was not smuggling drugs. They checked my criminal records and all was clear, but what it was not clear were my eyes. They were full of tears and sorrow. I had a knot in my throat and an emptiness in my chest. What it was going suppose to be a dream come true became a desperation come true: Back to my own country where all I had was the hope to try to do it all over again. Nightmare!

A few hours later it was confirmed! I was informed I was going to be ‘deported’ the next day and I just broke down. I cried like a bitch. In my head I made those nearly 8 hours flying back to Venezuela the slowest 8 hours ever, because I did not want to go back home.

I have been told that I was not 'deported', but 'sent back', but for me at the time it felt the same thing.  I still think it’s the same thing. By definition, in a dictionary, they might literally mean different things, but for me because of the massive significance in my life that travel meant to me, ‘deportation’ or ‘sent back’ was the same thing: My dreams shattered by that experience.

Before finishing, I’d like to say that around 5 or 6 years later, I contacted my ex-boss from the Hotel and I paid back the flight money in full, plus 10% interest for every year passed (these were her terms which I agreed with. Needless to say, I’m still very grateful to her)

My heart was in bits, I felt broken inside. In the middle of my crying a thought came to mind “Marlon you have faced the most difficult experience in your life: Your Mother’s death, being sent back to your country is far less insignificant in comparison to your mum’s death. This is not the end, you can try it all over again” That promising thought was like a rain of solace poured onto the plant of my dreams. I was defeated that time, yes, but I knew I will try again and I did. I never got to live in London, but I’m extremely happy now when I see, every day, my Irish reality. A few years later I came to beautiful Ireland and here I am, living in Dublin and feeling more green and Irish than James Joyce. 11 years later I can honestly say I feel I am half Paddy and I love it!

Marlon/Marlife
Posted by Marlife at 09:24