My landlord thought I was positive and asked me to leave

After a very long day in work, I went to the hospital, I couldn’t  do what I had to do because it was already too late in the afternoon. From the hospital I went home to try to get some rest and cooked my dinner . The plan was to eat, go to bed early and be fresh and ready early in the morning to go back to the hospital again to do what I had to do. It was my day off, even though I had all day off work, I wanted to be one of the first ones to be seen.

Before I unravel what happened, I would like to mention that at this point in time, I kind of knew I was leaving Venezuela to come to Ireland as I had nearly everything set up for it. 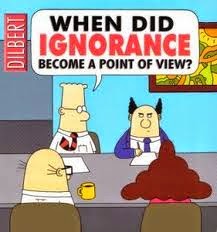 As I did not have anything important to do after the hospital, I went to have a coffee with a friend. That meeting took me like 4 hours chatting, telling her about my intention of leaving Venezuela in the foreseeable future and we had nice chats about everything. It was a great meeting as my friend was so supportive and she was happy for me about being able to make my dream nearly come true, I left the coffee place and went home.

When I got to the neighborhood I saw my landlord talking to Oscar, a gay guy who lived in one of the buildings in the same complex. I saw them, went over and as usual I said a big hello and gave a kiss and a hug to both of them. I know I can be over affectionate, but I felt some sort of coldness in their response to my affectionate greeting. I am not a paranoid person at all, but in my head I thought “Oh, this is odd”. As I noticed they were having  a private chat, I said hello and went into the apartment. Half an hour later my landlord came to the apartment and said to me “I need to speak to you”, his facial expression was unfriendly and the tone of his voice was very serious. With a big smile, I said “Yes of course”.

He said bluntly “Marlon I need you to leave my apartment as soon as possible”.  I didn’t understand his request, I was in shock and said “What do you mean, what happened, what have I done”? The previous weekend he had a sister over with her son so he said that his nephew told him I was sticking my tongue out to him and he was very upset by it. This explanation seemed extremely stupid to me, nonsense and I said “That’s bullshit! You better find a more reasonable reason to ask me to vacate your apartment. Having to use your nephew as an explanation makes you look rather silly, you better say something more understandable” and his response was “That’s the reason and you have to leave” I said “OK no problem” 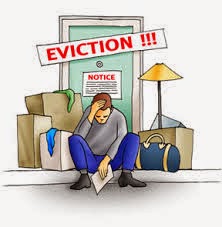 You all know the hassle we have to go through when it comes to moving accommodation. Painful! I just took it all in and left and started looking for another place to live in. Still the whole thing did not make any sense to me at all.

A family member, whom I have a very special and emotional connection with, was feeling unwell and said to me that they were worried about their sexual practices at the time with the partner they had. I honestly asked them “Why?” and they confided in me that they had been having unprotected sex whit their partner. I said to them that before making any uninformed assumptions, it was better to try to obtain some valuable information from the health sources instead of being worried about the “what if”. They said to me that they didn’t want to expose themselves like that (by going to a hospital and been seen, stigma can be attached if you are seen in a HIV clinic) and I said that I will go and try to find any type of “solution” for them. I did not give a continental shit if I was seen by anyone, anywhere.  I did not give a shit if you thought I was positive or negative. My purpose was to help – if I could – this family member who I have a special emotional connection with, so I did it for them. 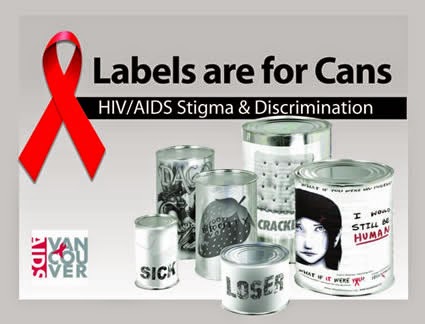 The morning in the Hospital....

I was in the Doctor’s office, I explained to the Doctor the reason of my visit (informing myself on behalf of a family member on what to do if you’re having doubts of your HIV status  ) I gathered all the info I needed, said  A BIG THANK YOU and left the office. As I opened the door, the next person waiting to get in was my neighbor Oscar. When I saw him, I said hello, we exchanged a few words and I left. It never came to my mind that he was there because he was negative, positive, red or blue, because like me he could have been there for whatever reason. Was I being naïve? Maybe, yes! But that was my thought at the time. To this date, I still do not know why he was in the hospital.

The rumours spread like wildfire, a close friend of mine started to receive text messages warning him of his association with me, because of my health status. He was informed that I had been seen at the hospital. He was also told that others on the gay scene would also be warned not to associate with me. I quickly found myself being subtly ignored and avoided by people I knew. The whole thing was just so bizarre.

I told my friend what was happening and how I had been unfairly evicted from my accommodation. He straight away said to me “Marlon you just said that you saw Oscar in the hospital, and then you saw him talking to your landlord” and it was then and there that everything became clear to me and I just went “Oh my god, the little fucker” how on earth  did I not make the connection from the start? I just could not believe that they thought I was something I was not. Oh my god my landlord thought I was positive and asked me to leave! For a moment I thought of approaching my landlord, but what was the point? And the fact that I knew I was going to leave Venezuela for good was much bigger than being falsely labelled as positive, I just thought “FUCK OFF”! 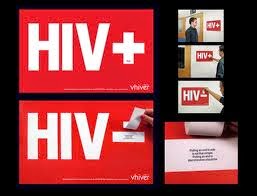 Was I outraged? No, Was I angry? No, Was I sad? No, Did I give a shit? No, Did it make me think and reflect? Yes. This is my message: It is true and sad that we can face discrimination, rejection, prejudices and all sort of neglecting feeling in our lives, yes it is, but it is even sadder when those feelings come from our own peers, our own community or even from our own family and raise the question of “What can we expect from the world when rejection starts at home”?  it’s exactly in those moments where we have to be self-reliant and try to count on those internal emotional resources we possess.

If we were more aware of the power of our internal emotional resources, we would not be so affected by the outside world. We would be aware that those rejecting feelings do exist, but we would not allow them to affect us, in any way at all. Also this is very important, always remember that those discriminating situations revel more about the source than the target. That’s why when my landlord thought I was positive and asked me to leave I felt very sorry for him because he was portraying how poor and miserable he felt inside and I bet you he is still there in his apartment being tormented by and still fighting with his own "positive" or "negative" demons!