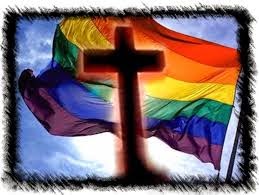 This fragment of my life is pre-therapy, but I thought it was not to be left untold because of the emotional, personal and even spiritual legacy I still treasure from it. Every episode in our lives has a reason, has a lesson, has a colourful testimony wrapped up like a present. Sometimes when we think back we are able to unwrap such testimony and realise how meaningful it was to our lives, and perhaps to other people’s too.

When I was going through my sexual identity crisis, finding it hard to come to terms with, it seemed logical to try to get any possible help I could, it didn’t matter which source that much needed help came from. By pure chance, I met a girl who lived in my neighbourhood. One day we got chatting and I was besotted by the beautiful way she spoke, well-mannered, intelligent and how sweet she was. She had an aura that made her looked different, interesting and why not? – let’s say fascinating.

She told me she belonged to a religious denomination called the Seventh Day Adventists. When she revealed that to me in my head I went ‘I knew it, there’s something very appealing on this girl that it’s not mundane’. She told me passionately about her church, she spoke with determination and conviction about the absolute and magnificent transformative power of God, and I felt enchanted and her devotion engaged me in a positive way. I gradually told her about my personal problems, however, I didn’t mention at once I was homosexual. I just told her that I felt guilty about having sexual thoughts and desires that were tormenting me. She was very empathetic and her ‘angelical’ demeanour was quite disarming – again, in a very constructive way. So I decided to cultivate a new friendship with this rather especial girl. 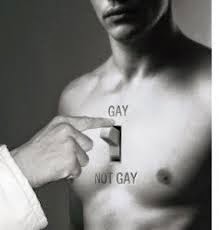 Her powerful message about God being the only one who could help me was miraculously promising. I thought that ‘God’ had the power to switch off my homosexual desires, and I started attending her church, she introduced me to the congregation who were warmly welcoming. I felt accepted and thought maybe this could be my road to ‘salvation’ and my homosexuality would be eradicated forever and on top of all that, I would be getting my ‘ticket’ straight to heaven. What else could I ask for?

I was baptised in the Catholic church and attended mass weekly, but the ‘catholic god’ did not help me so maybe this god was more powerful and different. What a naive thought! Of course, all these thoughts were due to desperation.

I became actively involved with the Seventh Day Adventists Church. I started observing and venerating the Saturday as the saint day of the week, which is their main doctrine. They were good people – even I am still in touch with some of them. I had very fructiferous experiences in my involvement with the church. I was very passionate about this new discovery. However, as a solution to my ‘sexual problems’, I have to admit that it was actually counterproductive.

My sexual guilt worsened and my sexual inclinations of course did not change, at this stage I was 3 years with the church, I sat down and again, scrutinized my religious and personal life reality and I felt I was being hypocrite. I started having sexual encounters with men, which created in me a great sense of guilt, feeling that I was betraying not only God, but also my fellow parishioners. In a way, I felt I went from hell into an even more flaming and hotter inferno. I had to admit that the religious experience was just not for me. One day I made the conscious decision of leaving and I have no regrets. 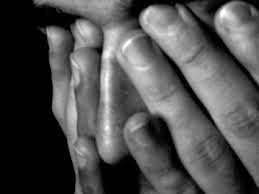 But looking back, what did I learn and what did I gain from that short path of my life? As I said at the beginning of this writing, every experience in life has a good side to it.

Within these three years I dedicated myself to church activities, trying to give the best of my talents and abilities. I was, at least officially, an outstanding parishioner. As always, my personality shined through and as a result I was appointed Director of the Youth Association and I co-ordinated activities with church members. I became a leader, yes I certainly did. I studied and learnt a lot about the Bible. My skills at public speaking polished greatly, I became a great vocal communicator, I became a ‘people’s organiser’ and in some many ways I gained admiration and respect from my fellow parishioners. I gained a lot and that’s my main pride from that experience.

Having said that, I must admit that to be gay, trying to please God and trying to avoid guilt was not a good amalgamation. These 3Gs realities do not go together at all. For me it was even worse because, as you may know by now, I am not into bullshit and there’s no way I would have been bullshitting ‘God’ and more so bullshitting myself. No way! I would have felt like a complete and utter hypocrite and believe that is not one of my traits.

In the 7th Day Adventists beliefs, or doctrines should I say, God does love you unconditionally unless the condition is ‘gay’, which I think it is an extreme paradox, you must clean yourself off sins in order to get your ticket straight to heaven. Purity is required for Jesus Christ to invite you to live in that celestial environment in his second coming.  These doctrines fuelled my guilt even more. How the hell you can be cleaned off sins (mistakes) when you are human?  So I refused to get that ticket, gave it back to them and left. 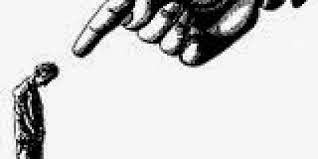 I Left the church and I was sad to leave, but I left. I made great friends, I met people with golden hearts, people I emotionally gained so much from, people that are still in my heart and whom I always remember dearly. I could not cope with guilt and my internal conflicts, and I was happy to leave. I informed them honestly about the reasons for my departure and they respected my decision. I felt a great sense of loss as I terminated my involvement with the church, but I knew deep down in me I was making the right decision, for my own psychological, spiritual and personal well-being and I have no regrets!