What you cannot say to Irish women. Part 2. 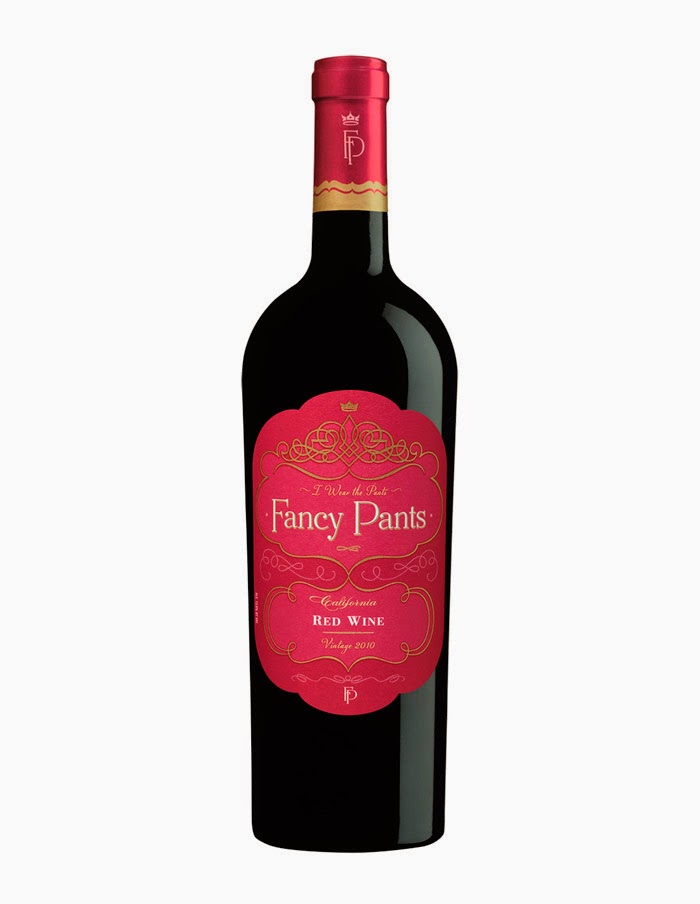 When I was working in Sandymount, I became friendly with an adorable old lady who used to come to the salon every week. Very stylish, polite and lovely, we built up a strong customer/client relationship that went beyond talking about hair. She told me a lot of things about her personal life and so did I. She, like me, loves red wine and of course we kept comparing tastes of our beloved red wine with each other. If she had tried a new red, she’d recommend it to me and vice versa. If she’d tried one that she didn’t like, she’d say it to me and vice versa. As you can see red wine was very recurrent in our conversations. By the way, I have to say that I miss her a lot and miss our lovely chats.


Coming up to my wedding, she bought me a bottle of red wine which of course I drank with so much pleasure and even though I thought it was not a good one, I was touched by her gesture. A few days later, she came to the salon and asked what did I think of the wine? And I said “I drank it all, but it was only OK” and she replied “Oh just OK”? but her reply was quite emotionless so I didn’t know she was hurt by my dislike of the wine she’d bought me. A few days later, her stylist said to me “Marlon I want to tell you something, but promise me you won’t say anything to Mrs X” and I said “Yeah, go on” and said “She is very hurt by the fact that you told her you didn’t like the wine”. My heart sank, the last thing I’d do in this world is to try to hurt her in any way. When the others in the salon heard what happened they thought I was a prick hehehe. I’m sure you reading are thinking the exact same so I need to explain. I told her what I thought of the wine because we have built up a relationship where talking about wine was a big part of it. Also back home, if you are given a present and you don’t like it, you better let it known, no offence is taken because we rather give you the right present so you’re fully satisfied with it. In this country is different, so I had to learn to pretend I like the present I’m given even though I don’t like it. Anyway, our friendship was not affected by that. We exchanged Christmas cards and presents. She loves Molton Brown products so for her birthday I bought her hand creams and she loved it. She was even teary and moved by my gesture. 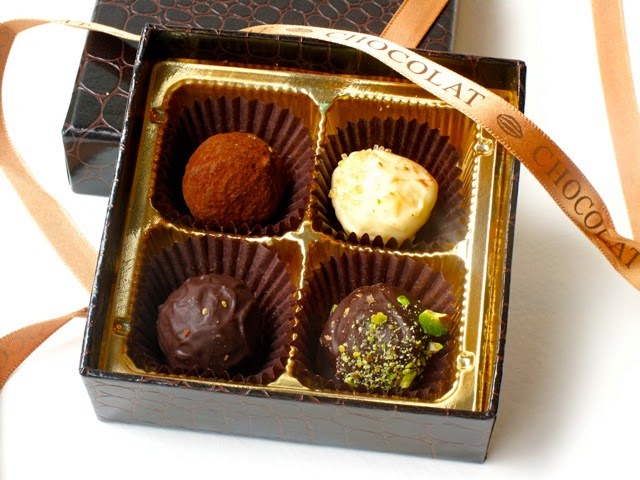 As a thank you she bought me a box of this fabulous French chocolates and asked me to open the present in front of her, when I found out the content of the box, I nearly said something but I just bit my tongue and said a BIG thank you and gave her a warm smile. To this date, she doesn’t know I know the wine incident and she never knew that I don’t like chocolates! I’ve learnt. 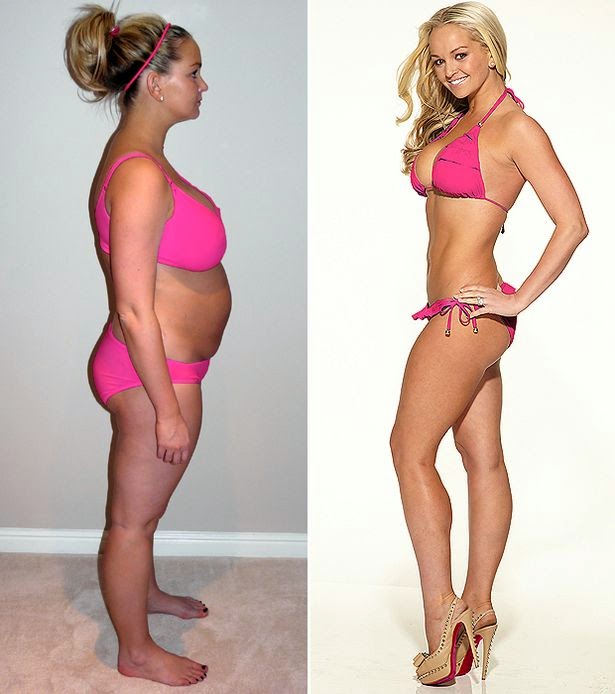 In Venezuela, when it comes to achievements, the “before and after” plays a huge role and more so when it is in relation to physical attributes, we tend to be a vain country! Well we have won  6 Miss Worlds, 7 Miss Universes and a few Mr Internationals”. Trying to look physically well is a “must”. If you do something to improve your physical qualities – dieting to lose weight, going to the gym, doing yoga etc…this is regarded as “an achievement” and when you achieve your goal, we will reinforce the way you “were or looked” in order to enhance even more the way you “are and look” now as a result of your efforts and commitment, simple? Not that simple when you’re in Ireland and end up making someone cry for trying to give them my “Venezuelan compliment”.  A girl I know when through a good diet in order to lose weight and as a result looked good. One day we got together with a group of other people, including John my partner, in the middle of our drinks I told her, thinking that it was going be the compliment of her life “You are looking great, well done on the diet and losing weight because you were very big” and she started crying which I couldn’t understand why, she was wearing sunglasses and I could see the tears streaming down her face, she was very upset. Of course, John was very annoyed with me for my “imprudence”. I got even more confused because to me it’s a total “compliment”. To make things worse and for her to cry more I said to John, “but what do you mean John when you have also said that she was very big”. The whole thing did not make sense to me. Anyway we eventually left. I remember that on my way home I had to ring my best friend Daniela from Venezuela, who lives in Orlando and who is the vainest girl I’ve ever known, and told her what happened and her reaction was “what? So your friend is not taking your compliment that she looks amazing now, she is concentrated on the way she was” and I screamed “Exactly!” Let’s put it this way, Daniela years ago went through liposuction to make her belly flatter, because she thought she had a little bit of a belly, after the operation, she looked even more amazing and she would expect people to compliment her by telling her she used to have a belly, which we all did because the bigger the belly she used to have, the bigger the compliment because of the sense of achievement after. Days later, one of the girls who was at the party and witnessed what happen said to me “Marlon you give a compliment and should of left it like that, you don’t mention how we used to be like”. Oh ok, it didn’t make sense to me, still doesn’t, but that’s the way here in Ireland. Lesson learnt: Compliment people on how they look now, don’t dare to mention yesterday or tomorrow, but only NOW!

I was kindly invited to this party by someone I barely knew and after this incident I never heard from them again. I arrived at the party expecting to have the time of my life, ready to rock, mingling with the crowd which was mainly puffs. There was a group which I thought were interesting and I joined them, they were talking about  the way people look with age, now at this stage we were quite drunk and this particular young camp guy turned to me and asked “How old do you think I am” and I said “well it’s hard to say because  your face is plastered with make-up and I can’t see your face properly, but I could say that you are around 29” he had a hissy fit  and went “oh my god” and started crying awwwwwwwkkkkkwwwward and I asked “are you OK, what’s wrong?”, he goes “you just told me I look 29 and I am only 19” and I said “yes you asked me so I don’t see what the big deal is” Everybody at the group were disgusted by the fact that I made him cry guessing his age, but he bloody asked me. Some of the other pufters verbally attacked me saying that how dare you, how could you say he looked 29 when he is only 19. I kept saying “he asked me” and they said you don’t know that in this country you don’t tell a person age and I went again “but he asked me” and the person kept insisting “but even if he asked, you shouldn’t have said 29” so I said (and this question prompted the party’s organiser to ask me to leave)  “You’re telling me that in this country if you are a 100 years and even if somebody asks I have to say that they look 12”. On the Monday, I sent a thank you text to the person who organised the party for inviting me. This was around 7 years ago and never got a reply, oops.


Years back, in my very first job in Ireland, there was a group of girls gathered in the staff room. One 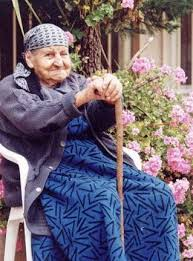 of the girls had bought a blue-sequence dress for a night out, it was an awful thing and she was asking the girls what they thought of the dress, they thought the dress was, “nice”, “lovely”, “pretty” etc… I wasn’t there when she was being given “these compliments”. I came to the room as she was showing the dress off, and I said “that’s a nice dress, you bought it for your granny? She is going love it as the colour and the sequence represent her age very well” and the whole room went quiet. One of the girls jumped in breaking the silence “Marlon she bought the dress for herself” and I turned to the girl and I said “did you really? You’re going to look old in it”. She left the staff room with a sad face and went to the shop and changed the dress. The annoying moral of this story in particular is that one of the girls, hours later, said “Marlon fair play to you to say that the dress wasn’t nice, we all thought the same, but we couldn’t tell her” and I thought in my head “she needs better friends! What they were saying to her was bullshit. Time passed and somebody else bought a new dress and she was asking in the staff room what they thought, when my earlier victim popped up and said “Don’t ask us, go and ask Marlon he will tell you the truth” . To this date, she doesn’t know that all those telling her the blue dress was “pretty” actually thought it wasn’t, but couldn’t tell her. She will soon find out if she gets to read this blog. Gas!


And these are some of the situations I was in when I wasn’t fully adapted or understood the way Irish culture can be, in particular Irish women. As I mentioned in Part 1, all these situations were part of the process of my integration into Irish society. After 11 years in this country, I have learnt a lot and one of the things I have learnt is that there are certain things that you cannot say to Irish women and queens.
Marlon/Marlife