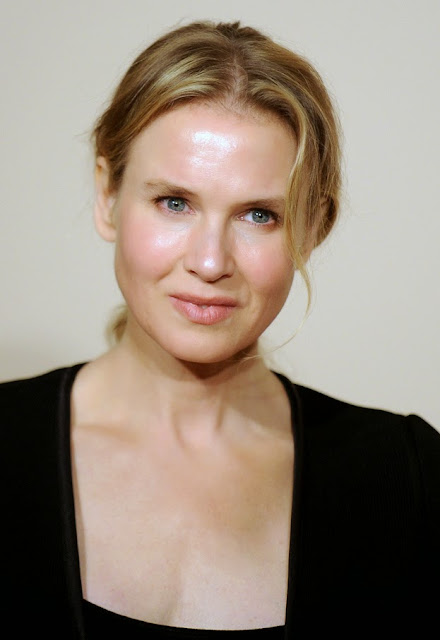 Celebrities, yes, we love and hate them, and yes we need them. If we didn't, I would not be writing a blog about actress Renee Zellweger who is, at the moment, receiving so much media attention due to the release of the sequel of the franchise Bridget Jone's Diary - Briget Jones's Baby. In November, 2014 she was the topic of millions of articles both off and online. She caused havoc in the celebrity world when she stepped out at a Hollywood event looking like anyone, but herself. The Renee with the nearly-closed-eyes we all used to know no longer exists.
Speculations have poured from every corner of the world. She’s done this and that and the other. From plastic surgery to botox, from face-lift to God knows what else, but there’s only one thing that has come up to the surface and it’s the possibility that she might be suffering from what in Psychiatry is called Body Dysmorphic Disorder (BDD).

Her acting career has been very successful. Oscar-winning actress who has had the ability to entertain us in so many great movies like “Jerry Maguire”, “You, me and Irene”, “Chicago”, “Another year”, “Cold Mountain” for which she received the Academy Award, and the famously acclaimed “Bridget Jones’ Diary” for which - interesting enough - she very well-managed to transform herself to play the role in such a profound way that when we saw the movie, we couldn't perceive a slightly resemblance of an actress called Renee Zellweger. She literally became Bridget Jones in every possible single way. 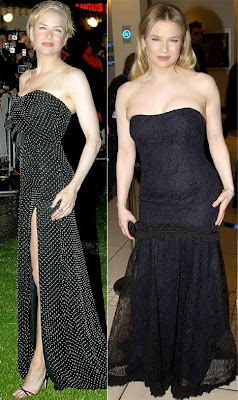 Maybe that acting role equipped her to play her real-life role considering what we saw in 2014. She will never be again the Renee we used to see with that particular face - in my opinion, beautiful and unique. Some people have been wondering about what’s the matter with someone - celebrity or not - that has an essential inner need to look like someone else? In our simplistic world and in pure English we can call them “Fucked up”. But the Psychological and Psychiatric fields have a better, more sophisticated term/diagnose called Dysmorphic Body Disorder, but What is this all about?

The Encyclopedia of Mental Disorders states that “BDD is defined by DSM-IV-TR (a handbook for health professionals) as a condition marked by excessive preoccupation with an imaginary or minor defect in a facial feature or localized part of the body. The diagnostic criteria specify that the condition must be sufficiently severe to cause a decline in the patient’s social, occupational or educational functioning. The most common cause of this decline is the time lost in obsessing about the “defect”.

Interesting, the word “dysmorphic” comes from two Greek words, “dys” that means “bad” or “ugly”, and “morphos” that means “shape” or “form”.

“BDD is characterised by an unusually exaggerated degree of worry or concern about a specific part of the face or body, rather than the general size or shape of the body…As many as 50% of patients with BDD undergo plastic surgery to correct their perceived physical defects”. 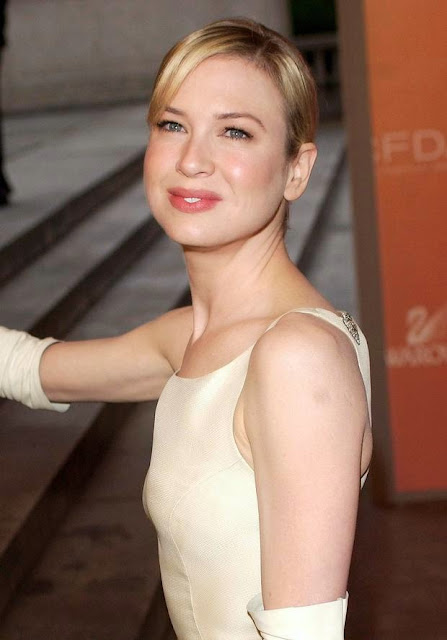 The encyclopedia explains two major causes, neurological and psychological, but I will only concentrate on the psychological one: “Important factor in the development of BDD is the influence of the mass media in the developed countries, particularly the role of advertising in spreading images of physically “perfect” men and women. Impressionable children and adolescents absorb the message that anything short of physical perfection is unacceptable. They may then develop distorted perceptions of their own faces and bodies”.

Taking into consideration the professional information, we can say that the issue is far more complex that we might think, and more so when Renee herself in an interview said, back then, said she was "now happy and more content" - and we wonder “Why? because you don’t look like you used to”.

What it is even more concerning, it’s the fact that no matter how many plastic surgery they may undergo, they’ll always have a distorted image perception of themselves. What they see is just “ugly”.


My message: When you see yourself in the mirror, love what you see, love and embrace yourself either if you’re skinny, with an extra pounds, white, black, ginger, blond, short, tall or whatever. You’re beautiful, full stop... and always remember that it could be worse, if we were Renee Zellweeger.

Marlon/Marlife
Posted by Marlife at 04:52