Somebody deleted you from Facebook...so what? 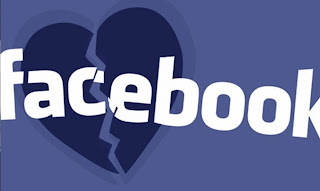 Facebook, and social media platform in general, allows us to communicate and connect with people in an instant way. We get to establish online "friendships" which can become powerful and sometimes even more than those we have in the real world.

We have become social media nutters, for various reasons, and we seem to be unable not to check what's happening in the world of Facebook on a daily basis (for some people on an hourly basis). Let's face it, Facebook is like our "social media bible".

We check on Facebook and we like stuff, make comments, read the news, say happy birthday etc… That's fine, it's fun. It's our online world. However, it doesn't become fun when one day, we realise we have been deleted by someone, and we don't know the reasons why - which can make our deletion reality more hurtful.

When I hear stories of people being hurt because they were deleted, blocked, not commented on and so on, I’ve come to the conclusion that one day we will have a psychological disorder called “Facebook-related drama disorders”

Don't allow such action to emotionally get you: In order to have an objective understanding, we should try to interpret such action by having an idea of how humans think and behave. It is important to have clear that humans only take actions of this kind when they get emotionally charged. So when somebody decides to delete you, that person clearly got emotionally affected by whatever you may have said or posted on your Fb status, therefore the only way they have to deal with it is by deleting you, and that's their issue, not yours. 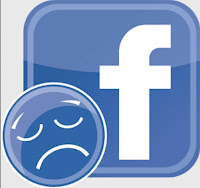 If they deleted you, you had power on them: A person would never delete you because they hate you (otherwise, they wouldn't have connected with you in the first place). Usually, they delete you after having some consideration, meaning they have thought about and paid attention a lot to you. Therefore, yes, in some ways, they have allowed you to have indirect power on them. Why? We don’t know, that question has to be answered by them.

Facebook world Vs real world: It is crucial to draw a well-defined line between our online world and real world. For some people, it is easier to have an online connection than a human one. Ironically, for some the "online barriers" allow them to have the courage to express themselves in a way they wouldn't do offline, for whatever reasons, shyness, introversion, fears, whatever. Basically, for them it’s easier to press ‘send’ than looking directly into your eyes. That’s the way it is.

Ask yourself two questions: When unfriended, are you more upset about being ‘unfriended’ or about the person who did it. If the answer it’s the first one, it means the person was not a real friend, anyway. A real friend would try to solve an issue with you offline, face to face and not on FB. We have to cop on! 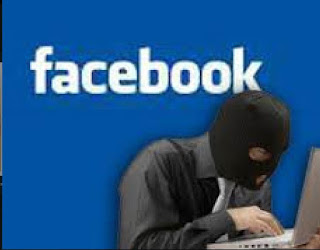 Let’s pay attention to our own FB presence: Some research has shown that when we commit one of the ‘Facebook crimes’ we are most likely to be unfriended or even blocked. Those ‘crimes’ are: Over-posting, too many selfies, rude-offensive comments, self-adoration (this would be me), or anything else that would give some of your FB audience a feeling of discomfort. If you are one of those affected by being deleted, pay attention to these ‘crimes’. However, if you are like me that I don’t give a shit, use your page to commit as many ‘crimes’ as you like. And if they delete you, it’s because they couldn’t deal or cope with you - on Facebook.

One thing for sure, don’t stalk who has unfriended you, either try to recover their online friendship. You will look like a loser and will end up even more hurt.

When doing my research, I came across with an interesting article published by Psychology Today – which validates my opinion about the intention and behaviour behind the fact of being deleted on Facebook. The article outlines that “Unfriending is perhaps the ultimate passive-aggressive forms of rejection that doesn’t have a counterpart in the real world of relationships”. Therefore, It is important for us to be aware that the goal of passive-aggressive behaviour is to try to create a feeling of discomfort on us. However, it’s totally down to us to allow them to reach their goal.

Lastly, life can be harsh and we are prompt to face rejection, for different reasons, off and online. So it is paramount to recognise how well-equipped we are to successfully face rejection. It is important to understand that the way we deal with the hardships life might throw at us, says more about us than life itself.

So the next time, you are deleted, blocked or face any kind of rejection, think of all of the above  and if it doesn’t work, just apply the easiest way to deal with it by saying “Fuck it”.