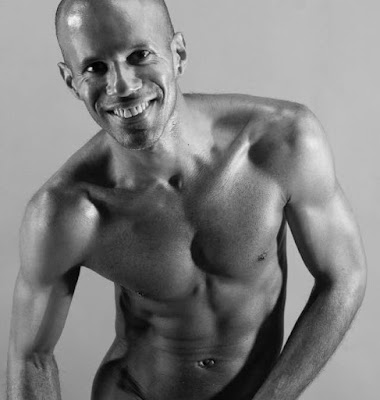 Sometimes I think I am way too self-centered, but...not today... because it's my Birthday and I'd like to publicly pay a homage to myself: I'm turning 43, feeling wonderful & looking fantastic. Feeling very grateful for who I am and what I have.
On a humble note, I'd like to confess I've realised that the older I get, the more I want to be a better person. So cheers for the many years to come! Life is bloody good!

Marlon/Marlife
Posted by Marlife at 07:09 No comments: 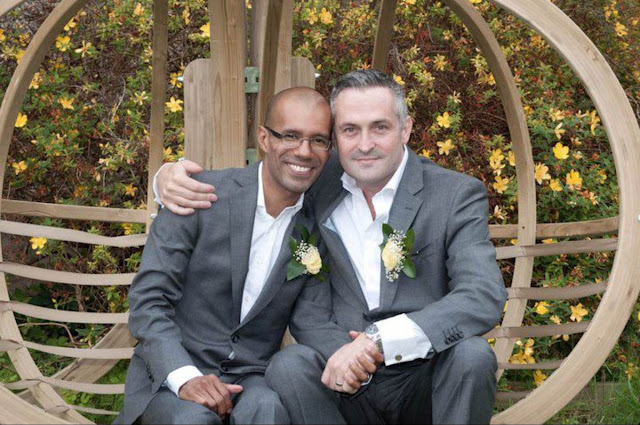 A day like today, 11 years ago, I met the man of my life (in The George - My George Clooney) Then on 15th July, 4 years ago, I married him and against all odds, thankfully, we're still together.
He knows I adore him, I know he adores me even more. It's been a great ride (sure it has), with ups and downs, but If I had to go back to the same place to meet him again, I'd do it no problem because he is my husband, lover, partner in crime and more importantly, my best friend until he dares to wear one of my colorful handbags without my permission.
Happy Anniversary husband. Cheers to the years to come until we get older and holding hands go back to The George to re-enact our very first encounter. Roll on Saturday to celebrate.

Marlon/Marlife
Posted by Marlife at 07:05 No comments: 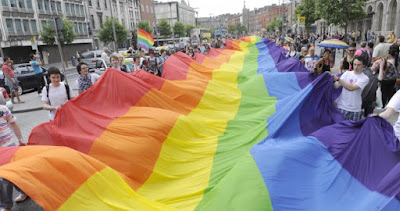 OMG how can I begin to describe the excitement that embraced me the morning of Gay Pride? I'm gonna
start by saying that I was haaaaaaaanging from the night before, but there was no way I was gonna let my hangover to kill the rainbow I have in my heart. So I got up and went out to see the gay colors all over Dublin City Centre, and thank god I did. 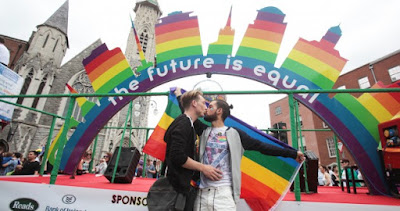 City Centre was covered by love. It has been reported by Dublin LGBT that over 50 thousand people attended the parade this year. Organiseres said the 2015 parade was twice as big in the wake of the same-sex marriage referendum. People of all ages from different corners of the world and Ireland (including a good number from Roscommon - South Leitrim) walked and danced all the way through Parnell Square to Merrion Square, and I was proudly one of them.

I have to echo Senator David Norris words who described the atmosphere as "absolutely wonderful", and The Irish Times saying "Dublin was the Capital of Love". 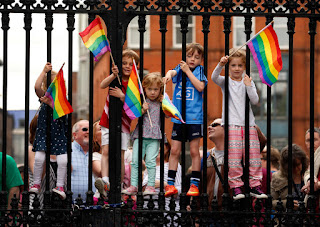 It is amazing to witness how much Ireland has achieved as a country in relation to Gay Rights. The referendum has been so far the biggest landmark. We made history the first country in the world to legalise same-sex marriage by a referendum. The Irish people were given the opportunity to decide and they approved with a very big, fat YES!

This is the reason why this year's celebrations were even more meaningful, and in so many ways, so
emotional. A sense of acceptance, tolerance, equality and even love are the main components of Irish society as a whole, and those feeling were also present, more than ever, on Gay Pride Day. 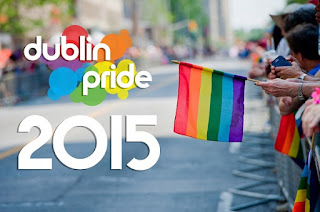 I'd like to say a huge THANK YOU to everyone involved to organise such an amazing, colorful event. Well done! We are already looking forward to Pride 2016 which I am sure it will be again an amazing event to remember forever.

For more information, you can visit
http://www.dublinpride.ie/


You can click on the link below to watch a short video of the event, created by The Irish Times


The pictures and video speak for themselves. 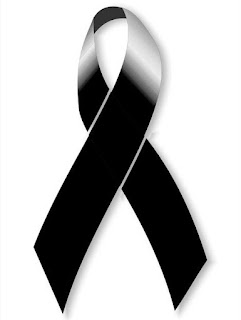 I still vividly remember when I heard she just passed away, and I started jumping up and down, crying inconsolable. It felt like - literally - a sword was stabbed right in the middle of my heart. This happened ten days away from my 12th bday. Very sad.

She's gone, but always in my heart. She equipped very well with what she has the most: Love. I was the centre of her life & she always made me feel fantastic.

One day I had a Mother and she was fantastic. RIP Mum, you were the best.

Marlon/Marlife
Posted by Marlife at 06:19 No comments: