And her name is Amanda... 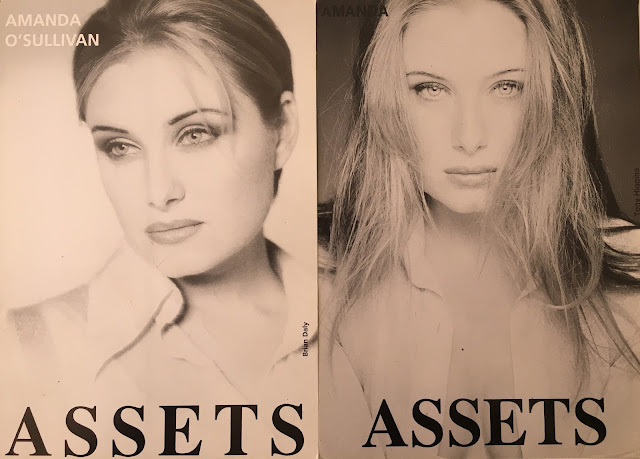 They say that 'beauty is in the eye of the beholder', but hey! I can tell you that sometimes that beauty can be a human existence.

In my opinion, when beauty is complemented by being a good person and having a sparkling personality, you are the whole combo. This is the case of this special girl who I am fortunate enough to call my friend.

I met her the same year I met my hubby. I was only started going out with John and he told me his friend had invited us for a BBQ. That was our first encounter. Time passed and I didn't see her for a while until I moved in with John and here we are, nearly 13 years later we have become The Three Musketeers. 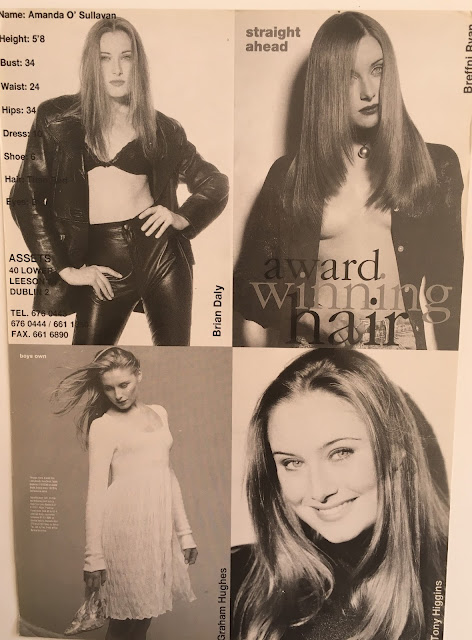 When I started to get know more about her life and what she did, I heard bits and pieces about her modeling work which I thought it was nice. I also heard she was a very good press call model. John thinks she paved the way in the industry.

When I say it was 'nice' is because at that point I hadn't seen her book. So one day for some reason I asked her to show me her book, and OMFG, I was impressed and proud actually. Then it came to my mind straight away, she is very humble, for someone who gathered material from her modeling days, and nobody knows about it. That very same day I thought I have to get my hands on that book and write about her, but I had to be clandestine because I wanted to surprise her.

Recently, we were in my kitchen having dinner and she asked me to go to her apartment to get something, and I said to myself 'Marlon, this is your moment', I raided her closet and found the book. And here I am writing this blog and loving it.

We can see in the pictures, as a model, she was quite versatile. That beautiful ginger hair, those beautiful eyes which when they are done, they are stunning, and that body, all those assets were put to good use and she did commercial and fashion and, of course, the press calls. 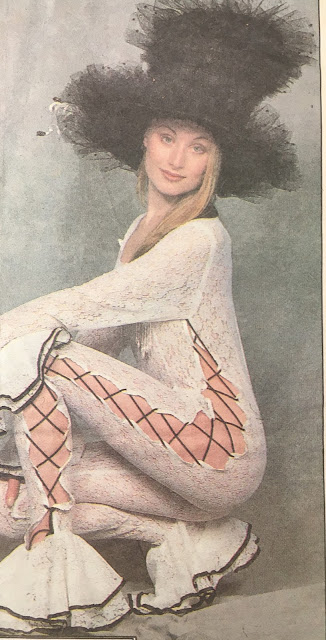 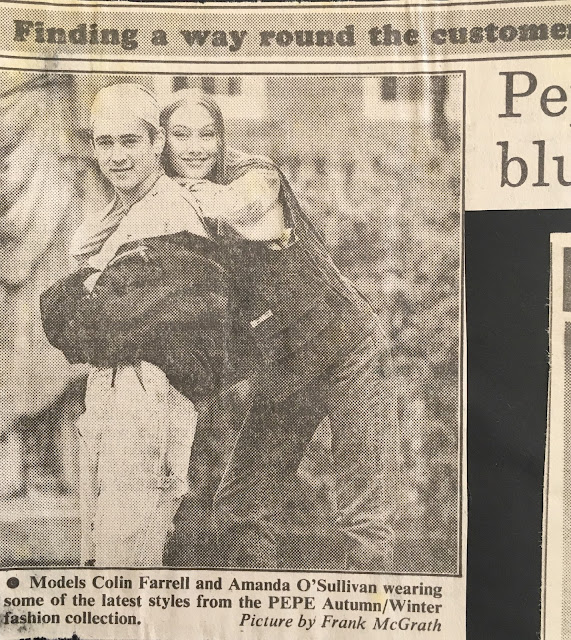 Well done honey and remember you are still FABULOUS!!!

The model, the footballer and the press went crazy 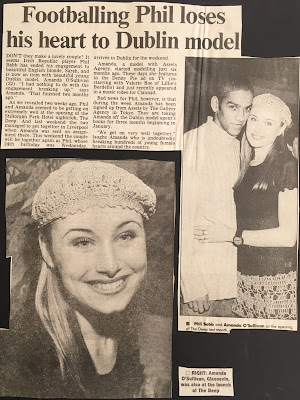 She went to a launch of something and just by chance she met soccer star, Phil Babb - who is from Liverpool but playing for the Irish team. The connection was instantaneous and OMG together "they kicked so many balls" Phil happened to be in town, partying, and went to the same club she went after the launch. He was on top of his game and she was busy doing her thing in modeling. They became an item. The press would follow them and haunt her to know about their relationship. The press were obsessed with them and they made a lot of headlines: 'Footballing Phil loses his heart to Dublin model". "Phil opens his heart". "Liverpool footballer and member of Irish team, Phil Babb and girlfriend, model Amanda O'Sullivan"

Because I know her well and I know how lovely her personality is. I think to this date, Phil might be reminiscing those days because they were great craic.

Before going any further, I would like to say I am getting emotional putting this writing together to pay a homage to someone who utterly deserves it. 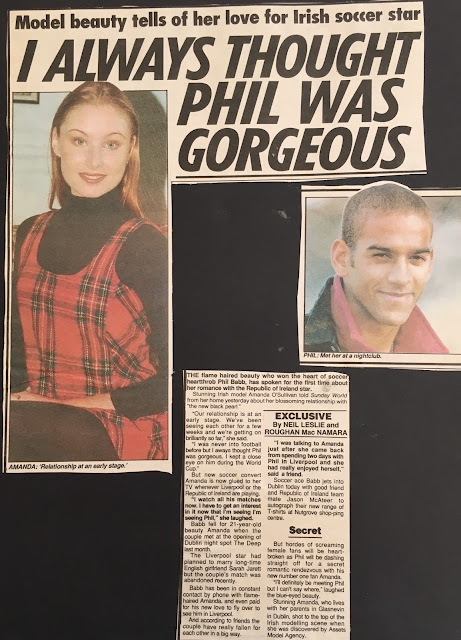 Among other things, one of the newspapers mentioned that she was "undoubtedly breaking hundreds of young female hearts around the country'. Phil had only eyes for her.

Let's put aside modeling, makeup and being dressed to the nine. Let's put aside the footballer, the papers, and all the glamorous stories. To me, for the last 7 years, she has been walking the most beautiful catwalk a real woman can walk on; Being a Mother. She knows when it comes to raising human beings, you forget about your own hair and makeup and concentrate on walking the most important platform life can offer to any girl which is being a great Mother, and that's exactly what she has done.

Her two sons, Lukas and Eli, are a walking testimony of what a happy upbringing is all about. Those two happy boys are a transparent translation of the love and devotion she has invested in them. They are very intelligent, well-spoken, witty, smart and all of this is the result of the loving platform she has offered them to stand on. Most remarkably. they are two supremely happy children who are blessed to have the mother they have. And what a yummy mummy!

I have said this to her, but I haven't confessed it publicly: sometimes she reminds me of my own mother: disciplinary, sometimes strict, but always allowing them to be who they are in the name of love. I personally think this is paramount when, as a mother, you know that love is the only trait that will help your children go far in life, as people. 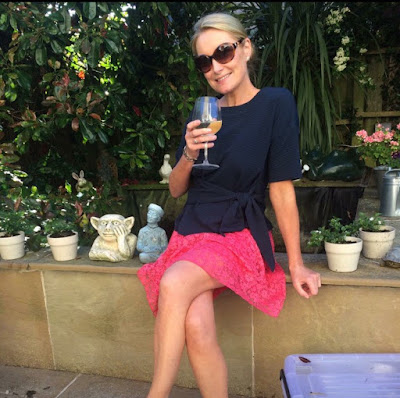 The girl + the boobies = boobilicious

I am the number one fan of her  anatomy - which is concerning because I'm gay. But how can you not admire a girl who has a very nice, slim figure, after two children, and a pair of boobies that look like mountains? ; )

We have had so much fun together

I am happy to have her in my/our life. We have built up a friendship based on sincere feelings, honesty, understanding and total respect. She knows she can come to us when she needs it the most, and we know we can count on her, too.

This blog is just a very small way to celebrate someone who we consider a gem of a friend and her name is...Amanda