This is the story of Flavia 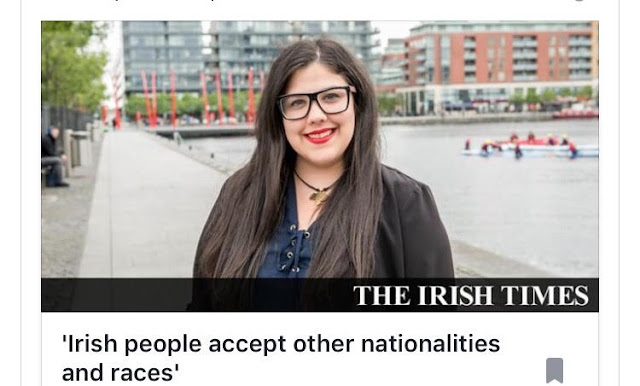 Sorcha Pollak
Internships are never easy. The hours are long, the pay is minuscule and there’s no guarantee of a job at the end of your placement. Flavia Camejo’s internship with a prominent Venezuelan newspaper included an additional, rather unsavoury task. Every morning at 7am Camejo would travel across town to the hospital morgue. There, she would count the number of bodies laid out on stretchers before reporting back to the newsroom with the latest homicide death toll.
“There was never a single day where there were no bodies. I remember once I saw a guy with 17 gunshots in his body. There were daily shootings between gangs. When you worked in Maracaibo as a journalist that was normal. I was only 20 then.”
Maracaibo, a city in northwestern Venezuela which often features in lists of the most dangerous cities in the world, is where she moved to study after she finished school. She had always wanted to be a journalist and as a child was fascinated by news reports on Venezuela’s political instability.
“I had all the adrenalin. I wanted to go out on the streets and talk to people. There had always been control over what information was published in papers. I wanted to be an extra voice to what was going on in the country.”
Camejo grew up in the small northern city of Coro, a place known for its warm weather and beautiful beaches. The grandchild of Italian immigrants who left Europe after the second World War, she was raised speaking Spanish and Italian. Despite her parents’ attempts to protect their two daughters from the violence and corruption that plagued their country, Camejo was acutely aware of the dangers of everyday life in Venezuela.
“It was the fact that every time we went out we had to lock the car doors and if my dad was driving, he would always look in the car mirrors to make sure nobody was following us. I have never felt safe in Venezuela, to be honest. Even when you are growing up you could see the country was messed up. That’s why I was a very nervous kid.”
Camejo remembers when the military took to the streets following the attempted coup d’état in 2002 and regularly watched news reports of protests around the country. She also often read about kidnappings around the country.
“My family were not high class but the fact that my mum owned a business, you could never say that out loud. I was afraid of being kidnapped for what my mum did and family had. One of my uncles was kidnapped. He was okay, thankfully, but he was kept in an underground cell with a single mattress.”
As Camejo grew up, the violence across Venezuela became increasingly widespread. She moved to Maracaibo for university before applying for a journalism internship with a national newspaper.
"I think the adrenalin of being a journalist in one of the most dangerous countries in the world just kept me going. But all the fear would hit me when I got home to my comfort zone. My mum would call every hour to see where I was and check if everything was okay.”
Her uncle’s kidnapping, which happened while she was working in Maracaibo, opened her eyes, she says, to the risks of being a journalist. She was also discouraged by the censorship on news reporting, both before and after Hugo Chávez’ death in 2013.
“The reasons why I decided to leave was first because I wasn’t feeling safe. What was the point in being a journalist when your life doesn’t matter here? Secondly, it was the censorship. It made no sense being a journalist in Venezuela. Even the military are hitting back at them now. There’s absolutely no protection at all for journalists.” 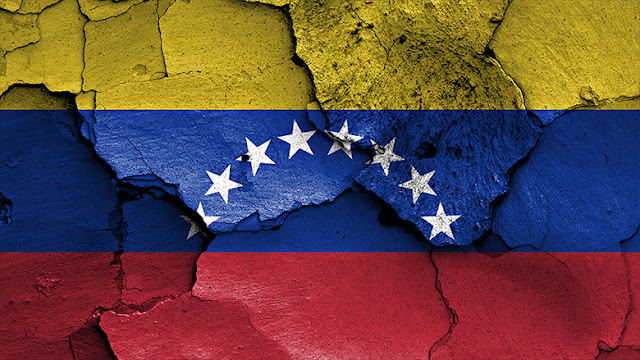 Camejo decided to use her Italian passport, which she was entitled to through her grandparents, to move to Europe and improve her English. She settled on Ireland, a country her mother had visited and fallen in love with as a teenager.
In April 2014, she arrived in Dublin where she discovered many similarities between Irish people and her friends back home. “In terms of personality, Irish people are so similar to Venezuelans. They are really friendly, talkative and always approach you to chat even though they know you’re not from here.
“I think one of the most positive things about Irish people is they accept other nationalities and races.”
For the first time in her life, she felt safe enough to walk down the street without the fear of being robbed or kidnapped. “It was the fact that I could walk on the streets here. I don’t remember walking much in Venezuela because it’s so dangerous.”
Since arriving in Ireland three years ago, she has witnessed the daily conversation in her extended family’s WhatsApp group evolve from light chit-chat into requests for bread and toothpaste. More recently, she has watched helplessly from afar as anti-government protests across Venezuela have turned into violent clashes leaving hundreds injured and scores of people dead.
“I remember when the protests started I couldn’t sleep at night and would wake from nightmares and grab my phone to call home and see if my family was okay.”
The chronic shortage of food and medical supplies across the country means her father, who suffers from high blood pressure, is no longer able to buy the medication he needs. Camejo’s parents are now planning to leave Venezuela. They will follow her grandmother who last year, after more than six decades in Latin America, moved back to northern Italy.
“My family is trying to go to Italy because my granny is living there by herself. My granny has had to leave the country where she settled for us, for her future generations. Sadly, we have to repeat the history and embrace the exodus.”
Meanwhile, Camejo, who now works for a tech company, says she will stay in Ireland. “I don’t see myself anywhere else. People here complain about the weather and we understand that as we (Venezuelans) come from the tropics. But, we embrace the bad weather, we embrace the rain and the wind because, at the end of the day, even it’s raining outside, we’re safe here.

As a result of her inspiring story, Flavia was recently interviewed by Spirit Radio. 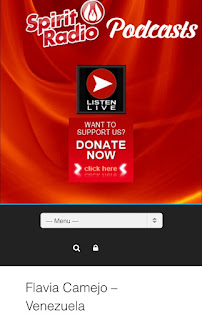