Sometimes is just the simple things 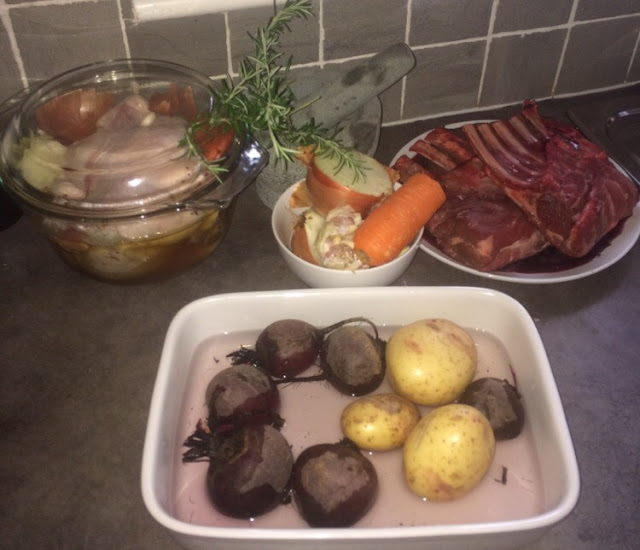 I love my job. I manage to try to find real meaning in what I do because it is important for my psychological well-being. Don't get me wrong, sometimes I struggle to get out of bed, but the thought of seeing the people I work with - from my bosses to my work-mates - is always a good motivation to get up and get my day rolling.

I take very seriously what I do, too. And this idea of trying to make the world more open and connected is something I do enjoy thinking it's part of my mission. From the moment I open my laptop to the moment I send my first email etc...I feel I am doing a job that is rewarding...rewarding in many ways - at least for me.

However...as Cindy Lauper would sing "when the working day is done" I am so looking forward to coming home to my man and my dinner.

I chose to be happy and appreciate what I have, and this will always remain that way

I love coming home. It is a great feeling knowing my hubby is picking me up from the train station (even though I sometimes have to give out because he is late), then getting into the house and closing the door behind us when it's just the three of us in the house - of course, Sammy our dog is part of the whole experience, it is an amazing feeling I will never change for anything in the world. 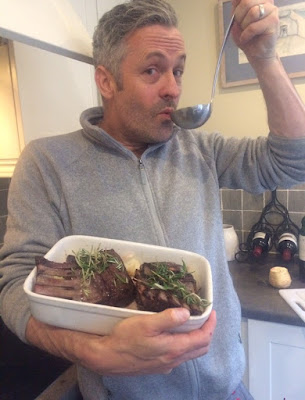 And then having those nice dinners only my hubby knows how to cook with his main ingredients: tenderness, love and care, makes me come to the conclusion that those simple things will always be important things I will always treasure because I chose to be happy.

The core of my message

I am not bragging, what I am saying is try to enjoy who/what you have. Try to enjoy and value those simple things that are relevant and meaningful to you. Whatever they might be. Because we are living in a hassle and hurry world we tend to forget about those little, tiny things that are so powerful for our psychological and emotional well-being.

That's exactly what I try to do and it's a great feeling which can not even be bought by a MasterCard ; )

Marlon/Marlife
Posted by Marlife at 14:24 No comments:

A Swedish man with a lot of savoir-faire 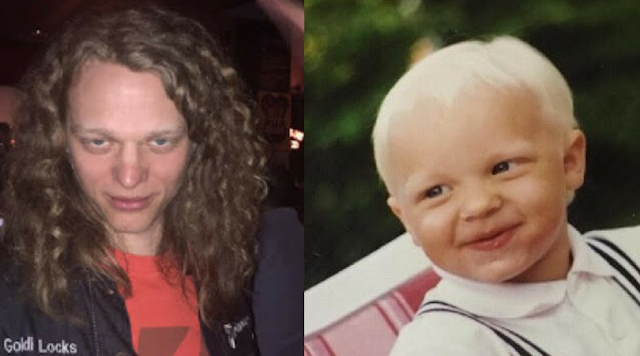 “Savoir-faire (French), knowledge of just what to do in any situation, tact”

I am someone who throughout my life I have had good friends. Because I am a people’s person for me is very important to cultivate strong connections with people I know. However, I have never had a relationship with a heterosexual man that flourished into a bromance. And this is what I have with this Swedish treasure of a friend. 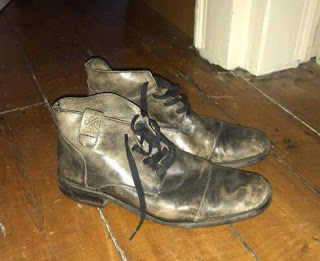 I never thought that one day complimenting his shoes was going to lead to a lovely friendship I am keeping close to my heart. Words fail me to describe how fortunate I feel to be getting to know him who is someone who has a heart made of gold, he is a human being of a high standard.


Our connection has become stronger because we have told each other about our lives experiences. I find him supremely endearing telling me about his happy childhood memories, telling me about his mum and dad and sister. I can honestly say he is the result of having grown in a happy household, with loving parents who instilled in him a desire not only to succeed but also to be a great person.

Sometimes I think the day he meets and marries his soulmate, she already is a lucky girl who won the lottery. He is a good son, brother and friend. He is someone with very strong family values.

Jokingly I have told him that I am going to create a website called www.girlsyouneedtomarryhannes.com - we are receiving applications. Because...What a man!

The face and the brain 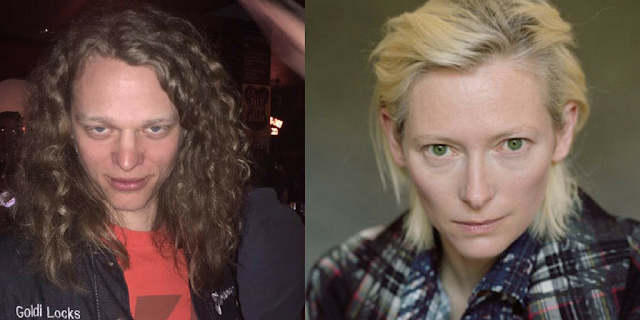 I particularly think he is a beautiful man. He has a very unique face nobody else has. His looks are what in the fashion industry is labeled as ‘high fashion’.
He reminds me of the former super model and now Academy Award-winning actress Tilda Swinton, who also has a spectacular singular face.


He didn’t become a fashion model. He actually is an engineer so on top of the wonderfulness he possesses as a person and his look, he also has a brain and what a brain.
Homage to him

The reason I am publicly paying this homage to him is because I am very happy to have him in my life. I know I can count on him. I know he is someone who is a friend for life, and I will try my very best to cultivate and preserve our friendship forever.
We have spent a lot of time together and never have had a dull moment. We can talk about serious stuff, but we also make each other laugh, it’s a great feeling.


In reminiscing I have said to myself “Thank god I complimented his shoes, otherwise I would have missed the opportunity of enjoying this wonderful friendship”.

The name of the Swedish man with a lot of savoir-faire is Hannes Adollarsson.

I love you, my friend!

When you have a strong social media presence, like I do, you get all sorts of invitations, people asking you for favors etc - which is fine. However, you sometimes, or at least me, who is so gay, I keep getting friend request from hot girls ; )

Should I be flattered? Hell, NO, for obvious reasons, I like men as much as those hot chicks do and also they scream SPAM all over their breasts, asses, and fabulous bodies.

Let's have a look some of them


Marlon, would you like to play with my flowers?

My reply: No, honey you live way too far and I am not California dreaming. 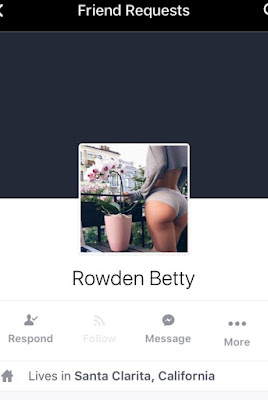 Chuvenkova Elsi said: Marlon you can take my body and have no mercy!

My reply: Thank you darling, but no, that was exactly what I said to my hubby last night ; ) 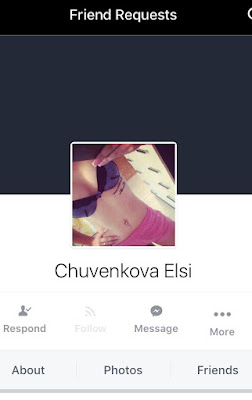 My reply: No Amy, thank you, because if I need to watch a queen, I will just watch myself. 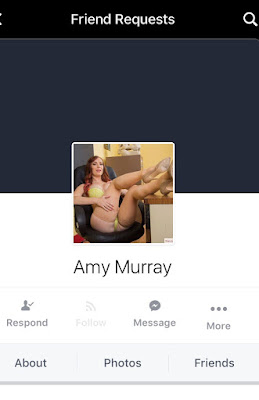 The last one is the best one.

Madilyn sees herself as one the Kardashians & her invite reads: Marlon would you like to spank my Kardanshians? 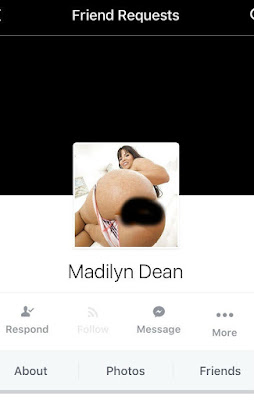 We gotta love and enjoy the internet and always try to find the good in the bad. Next time when you get a strange request, remember SPAM is a HUGE issue in the online world. Do not let the spammers to get you!

Marlon/Marlife
Posted by Marlife at 09:07 No comments:

This story is a living example of how life and love can sometimes work things around for two people to be happy.

Before going any further, I would like to publicly congratulate them on their first wedding anniversary. They got married last year in a lovely ceremony John, my hubby and I had the pleasure to be invited and attended.

Guys we wish you a tsunami of love and happiness today and forever!

Their first encounter was In heaven

Fortuitous encounters can be impactful and have an everlasting effect in our lives, and more so when those encounters have to do with love and happiness.

They first met in the late  1980’s. They both went to Heaven, which is very popular gay club in London where gays go to drink, dance and maybe get lucky. I am sure they didn't go there thinking "tonight I will meet the love of my life". Well that night gay Cupid pointed its first shot into their hearts. They had a great time.

Paul must have a special something which incentivated Trevor to try to stay in touch after that first meeting. He would send him cards and so on. In the meantime, they met each other a couple of times over the years on the gay scene in London, but it was only 'for fun'.

Love knocking on the their door 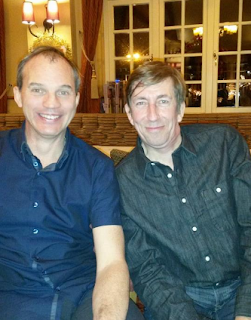 It was not until August 10th, 2002 when they met again in a bar in Islington and talked about being with each other in a serious relationship.

You can say love is a mystery, and I agree, yes, but when we allow that mysterious feeling enchanting us, a lot of things can happen in the name of love. This is exactly what they did and today they are a happy couple.

They felt they needed to officially legalise their love and union. They started talking about a Civil Partnership for a while. Then marriage became an option when it was legalised and the conversation escalated to getting married instead. So one day Paul just simply phoned up and booked a venue and the marriage registration place and the process of the beautiful wedding took place.

I would like to outline two remarkable aspects of this loving story: 1) When they first, Trevor tried and managed to keep in touch with Paul and they build a connection and 2) Years after, way into their relationship, Paul decided it was time to make arrangements to get married. I think both initiatives are a true testimony of wanting to be with someone.

In Trevor’s own words which I think they are so meaningful, “One thing that helps us get through difficult times is the ability to communicate, understand and appreciate where the other person’s behaviour is coming from and be patient - plus trying not to control the other person.”

Guys John and I salute you and respect you for that great commitment and we truly believe you are a great example for any relationship. 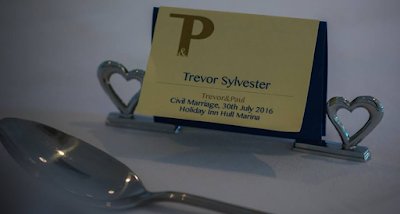 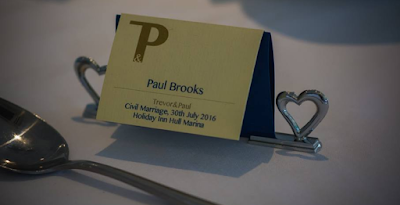 As I mentioned in a previous blog 'Our trip to England', I met Trevor online, around 15 years ago, if not more, when I was still in Venezuela. We have stayed in touch. Actually, he is one of the reasons why I chose Ireland as my way out of Venezuela.

When he invited me and John to his wedding, I was moved, I was touched thinking he is a guy who believes in friendship and cultivates it.

They got married last year, July 29th, in a city called Hull where they live, in the North of England, in a lovely ceremony witnessed by family and friends. We were there witnessing every moment, and it felt great to be part of a celebration full of joy and happiness.

We met wonderful people whom with some we are still in touch on Facebook. Including photographers Richard & Christine from Kazooieloki Photography whose work I think is amazing. 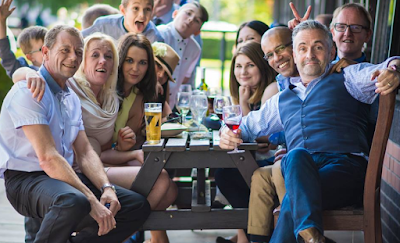 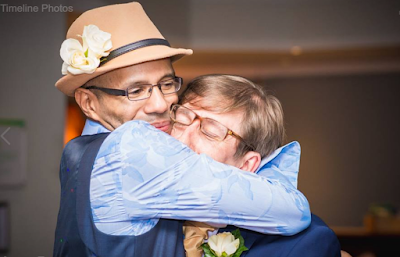 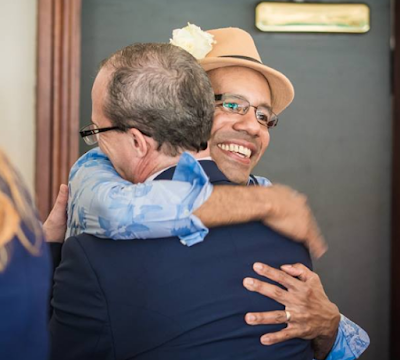 Trevor & Paul I would like to finish this post by saying again CONGRATULATIONS on your first wedding anniversary. Thank you for giving us the golden privilege to be part of your celebration. We would like to ask you to always remember you two are a living example of what love is all about: hard work, true commitment, understanding and mutual respect sealed by the name of love.

Wedding pics were taken by international photographers Richard and Christine from http://www.kazooieloki.co.uk/

Richard and Christine you work is amazing. I have visited your website many times and your pictures always take my breath away. Well done guys!

Marlon/Marlife
Posted by Marlife at 12:39 No comments: