My Opinion on Greta Thunberg 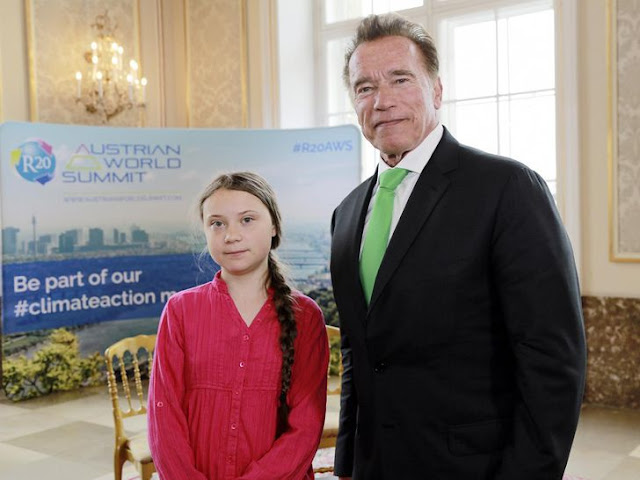 This is one those instances where I thought about and gave some consideration to what I have to say. In order to have a well-informed opinion, I did some research. I also spoke to a couple people who I consider quite well-informed and liberated from their own insecurities. I even did some internal reflection in order to have a more or less depurated opinion from my own bias. Basically, I am trying to embrace the topic with an open mind.

I don't need to say who she is or where she is from or what she stands for. Because she has received so much coverage - both off and online - to the extend that she has become a phenomenon whether we like it or not.

Of course, I have followed her movement. She has been able to inspire and motivate people  to be mindful and conscious about the planet: Our global home. Her message has been so crucial to the extent that "Across the world, millions gather biggest climate protest ever".

She has been the front page of multiple newspapers. She has inspired young and not so young. She has created a momentum that seems to still be alive and will be alive for a long long time. She is inspiring the young generation to start making a change.

It is very important to outline that the cause Greta represents "Global Climate Change" has been scientifically proven. You can visit https://climate.nasa.gov/evidence/ for more rigorous information. This is not something she "invented" for the sake of it to attract attention. It is a real problem and part of the agenda of most countries around the world.

Greta presented her concerns to the United Nations. In a powerful speech, she told dignitaries "You have stolen my dreams and my childhood". History will remember her for this statement.

We can firmly say she has science on her side. She has David Attenborough backing her "Outrage is justified".

As we can see, Greta Thunberg, a such a young age, has achieved a lot, in the name of protecting the planet. I applaud and repect her for what she represents and stands for. However, I must mention she has also achieved triggering in some people hate, rancour, resentment and bullying traits which are alarming signals of not having emotional intelligence whatsoever at all.

Before I continue, I must share this reflection with you...

The day I realise a child (or an adult - some people argue that she is not a child because she is 16) ignites in me a feeling of discomfort, or dislike, or hate, or rancour, or resentment, that very same day I will realise I am not an emotional intelligent person at all. Why? Because if we are very self-aware of who we are; if you we have a very healthy self-esteem, nobody - not even someone who is 16 - will ever awaken in us unwanted feelings. Feelings that say more about us than the person who has triggered them in us.

Our own childhood or our own experiences growing up

There are a couple of questions we should ask ourselves when it comes to holding incandescent rage towards a child or a person in general.

Should we despise Greta, the person, or what she represents, the cause? This is if we are in denial of climate change.

Because of  her worldwide outreach, is Greta reminding us how limited our childhood was when expressing ourselves due to having parents who would truncate in us our desires to express our dreams, concerns and most trivial wants?

Why do we have to see  her as an adult in order to make space for our resentful feelings?

Are we jealous of her incredible achievements even though she has been diagnosed with Asperger's syndrome? And we with our full faculties are caught up in our own walling?

Is Greta making us easy to "hate" or "dislike" her as a way of projecting the dislike we hold for ourselves?

The questions are endless, but this is the one we should seriously ask ourselves...Why, why is somebody making us feel like that? Why? Look deep inside you, and you will find the answer. And remember, whatever the answer might be, the world will never be a safe place if you are riddled and conducted by your own insecurities.

It is not what is our there, but the way we perceive it...

I am grateful & feel blessed 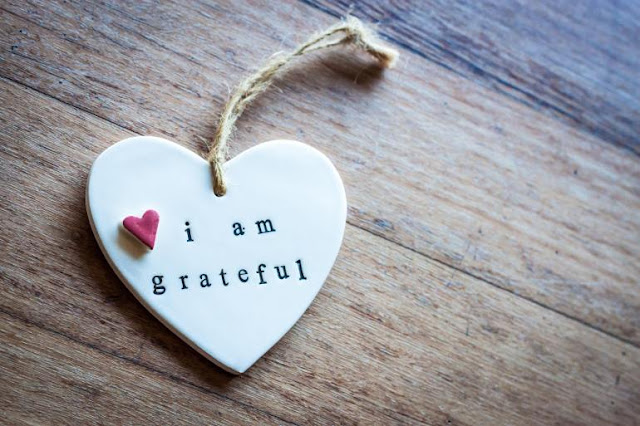 Due to the reaction this post received on my Facebook, I have to reshare it with my #marlife's audience : )

It was Sunday morning and I was wide awake so I got inspired and wrote:


Here I am wide awake and reflecting on how blessed and grateful I am. I am grateful to have made it this far in life and I am healthy.
I am blessed to have the love of my life: John who I am still blissfully in love with. When I am in work I can’t wait to get home to him. We have a roof over our head and food on our table and wine, too. We have and love Sammy.
I feel grateful when people show me love and express how I have positively affected them.
Ironically, I am also grateful to know some people don’t like me because it makes me realise I don’t rely on their appreciation to be a happy person, at all actually.
More importantly, I am very blessed to have the Mother I had who adored me dearly. She is the reason why I am such a wonderful person.
So yes, I am grateful and a very blessed human being. Happy Sunday everyone : )

The Story Of Us published on GCN 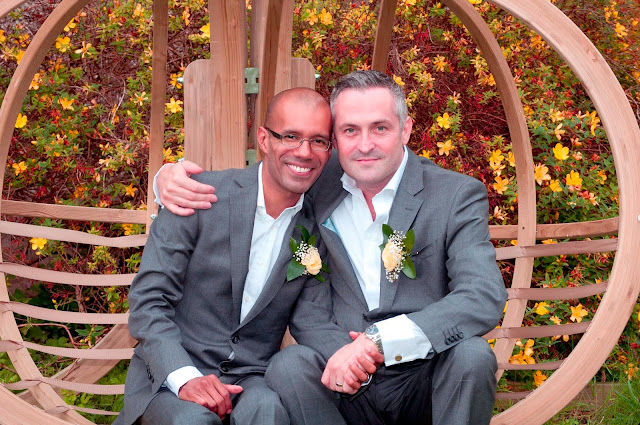 Making a marriage work takes work. A relationship is also a partnership -  the beginning of thinking of yourselves as a member of a team team, not two separate individuals. Two long term married couples reveal to /Peter Dunne/ that, like anything else, the more you put into a marriage, the more you get back.
Photos provided by the couples.

For Marlon Jimenez-Compton (he jokes by pronouncing the ‘double barrel’ as he says his second names) the love of a good dance almost got in the way of the love of a good man.
15 years ago in 2004, on a night out with friends, Marlon spotted John Compton across the dance floor in The George. There were immediate sparks. Not shy in the slightest, Marlon made a beeline for John and the pair got to chatting. Proving to be no shrinking violet himself, John asked if Marlon would like to leave with him. “And I said ‘no’ because I wanted to dance.

So I went back to my friends, and my friends asked me ‘what happened?! Why did you walk away from him!? And I said, ‘he’s going home. And I want to dance.’”
That was almost that, but about a month later, the pair spotted each other on the online dating site Gaydar. They continued chatting, until, as Marlon shared, “On July 15, he invited me to his house for dinner.” Marlon remembers the date clearly, as “the next day was my birthday, July 16.” Clearly the dinner went well, as Marlon followed, “So now we celebrate both my birthday and our wedding anniversary, because we celebrated our civil partnership on July 15, 2011.”

Anyone who ever meets Marlon will learn two things very quickly – firstly how much he absolutely adores his husband John, and secondly, he really //really// believes being married is the best thing ever. Suffice to say, it was no shock when Marlon revealed it was him who had popped the question. They were in a restaurant called The Angler's Rest in Strawberry Beds. It had just been refurbished and John commented it would be a great spot for a wedding. Marlon replied, “so why don't we get married?”
This was in the month of November. When civil partnership became available in January the following year, the couple where quick to take advantage, celebrating their ceremony that July. That wasn't the end though. When the equal marriage referendum made grá the law, the couple once again made their vows to each other.

So why is marriage so important to them?

Being practical for a moment, Marlon lists the important legal rights that come with being married, but follows “When we actually got married, I felt that there was a rebirth of the love. I felt a sense that we actually belong to each other now.”

Marlon stresses something he believes is necessary before someone considers marriage - “You have to love yourself first. I know it's a cliché, but if you are unable to love yourself, you will not be able to love anybody else. Also, maintain your independence – not in a selfish way, but in the way that you have to be self aware – you are your own person, your partner is their own person. If you have that in mind you will be able to separate yourself from situations that you need to separate yourself from.”

So, is there one universal secret to a successful marriage? “Every marriage is different. Whatever is working in our marriage won't necessarily work in somebody else's marriage. Trust is important. Love. Respect. Communication is huge, in a marriage or even in any relationship.”

Marlon offers the heartfelt advice - “Do not compare your union with somebody else's. Your union is yours. Enjoy how special it is. Enjoy how unique it is.”
15 years together obviously means 15 anniversaries. Is there any one in particular that stood out? “I think the fifth year was important. I remember going out to dinner and it struck me 'Wow, we made it this far.'”

“We married twice. And here we are, 15 years later, we have a house, a dog and 11 fish.”
The couple share a terrific sense of humour, and to anyone who sees them it is clear they truly enjoy each other’s company. Best of all, Marlon didn’t make have to make a choice - after all these years together, there’s still a lot of dancing, although most of it takes place in the kitchen rather than The George.

Thank you to Peter Dunne, our editor, for such a great piece.