My Latin Extravaganza for the POD 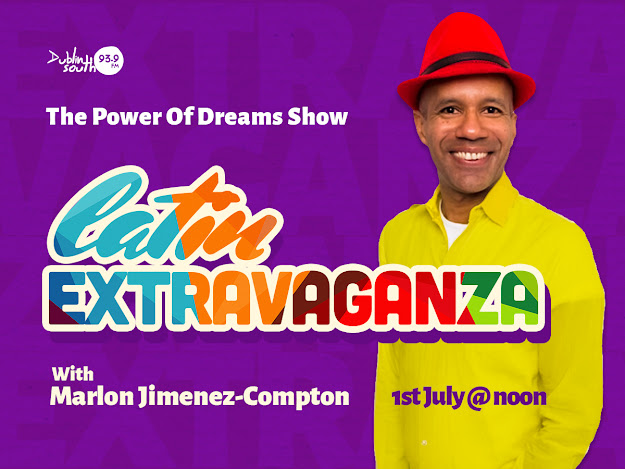 This article was first published by GCN - Gay Community News - my place of work. But of course I have to share here for my Marlife audience.

GCN’s very own Marlon Jimenez-Compton, after securing a regular slot on The Power Of Dreams Show, is offering you next Wednesday a ‘Latin Extravaganza’ on Dublin South FM. In his own words, Marlon says “I promise I am offering you a bonanza of rhythm, colours and great vibes. For sure, rhythm is gonna get you”.

Marlon said his mission with the show is to “spread positivity, good vibes and of course love which is something we need at the moment due to the lockdown. So it would be a good way for [people] to listen to something that is gonna bring a smile to their faces.”

Speaking to GCN, Marlon, who is from Venezuela, grew up listening and dancing to Latin music. He says that dancing to Salsa and Merengue was for him like a happy workout and very therapeutic.

“You dance for hours and hours just enjoying those songs that not only make you move but also bring you joy and contentment,” he said.

He also confesses that for him, in particular, the Latin Extravaganza show brings a touch of nostalgia to him, but in a happy way, as he is not dancing as much as he used to – which is why sometimes you might catch him on his social media dancing and singing to Latin Music and both Spanish and English.

As you can imagine, his show is packed with Latin moves and rhythm. In his own words, one of his colourful purposes is “to make you feel you are in front of the Caribbean sea with a cocktail in your hands full of happiness and joy.”

Marlon is using his platform on Dublin South 93.9FM to highlight some of the causes close to his heart, while still supporting his clients from GCN. In this month’s show, he will highlight the work of SpunOut.ie.

Listen to Marlon Jimenez-Compton’s Latin Extravaganza this Wednesday, July 1 and a repeat on Friday, July 3. Both dates air at noon on Dublin South 93.9FM or on dublinsouthfm.ie