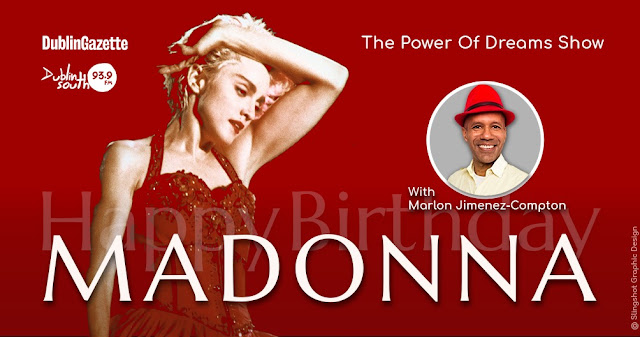 After his strenuous success interviewing Gloria Estefan, Marlon says his adrenaline has not stopped. To this day he keeps saying “I can’t still believe I interviewed one of my idols”. He has, however, put that disbelief to good use by celebrating one of his other idols,

Madonna.Madonna’s birthday was on August 16 and prior to her big day, Marlon was working on his show “Happy Birthday Madonna”. He was nearly halfway through putting together the format to celebrate the Queen of Pop when he was contacted by Kevin Murnane about interviewing Gloria. So as you can imagine, he had to put everything on hold.

Marlon is a big fan of Madge. He knows most of her songs, knows about her life and has followed her career since he was living in Venezuela. He fondly remembers that when he came to Ireland he went to The George and that night they were celebrating Madonna’s birthday by playing her music for the entire night. He couldn’t believe it and he says he felt like he was in heaven. He danced and sweated the night away. 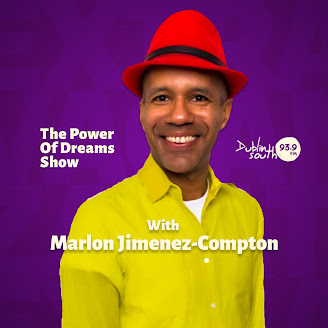 So he is now over the moon to be able to celebrate Madonna in his own way as part of The Power Of Dreams Show at Dublin South 93.9FM. When he pitched the idea to his producer, Marian Shanley, she immediately said yes as she is very well-aware of how crucial Madonna’s music is to the LGBT+ community and beyond.
Marlon confessed to me, in his very own Marlon’s style, “After interviewing Gloria Estefan I thought I could contact Madonna’s management to interview her, but I never got a reply. I contacted them over and over again, but I was totally ignored, god bless me”.
Me nerves! Ah well, God loves a trier and I am convinced Marlon’s perseverance will open many doors for him because he is not afraid of rejection. He actually uses rejection as a way to incentivise his determination and drive.
He also confessed to me that he struggled to create the format to celebrate Madonna because she has so many hits that it was difficult to pick just ten songs. So he asked some people which Madonna song was their favourite and he is going to dedicate those songs to those he spoke to.

Marlon said the Madonna show is going to be “amazing, very queery and very queeny and very entertaining”.

You can tune in to The Power Of Dreams Show on Wednesday, September 2 at 12 noon on Dublin South 93.9 FM and there will be a repeat on Friday, September 5 also at 12 noon.